SBV encourages members of the community with any information regarding this attack to contact SBV’s Hotline 083 408 7029.

SBV SERVICE (Pty) Ltd is offering a R1 million reward for information that can lead to the arrest and prosecution of the suspects involved in a cash-in-transit heist that took place near the R31 road in Kimberley on Friday morning, where an employee was killed.

According to the police, the security officials were collecting and dropping off money when they were accosted along the R31 at around 5am.

The suspects allegedly rammed into the SBV van causing it to roll and made use of explosives to gain access to the money.

An undisclosed sum of cash was stolen during the incident.

Group of CEO of SBV Services, Mark Barrett, in a statement said they were offering a reward of R1 million to bring the perpetrators to book.

“A reward is being offered in response to the senseless loss of our colleague and SBV will double up its efforts to ensure that all the individuals involved in this attack will be brought to book and face the full consequence of the law. The SBV vehicle was ambushed by several assailants who used high powered guns and explosives to attack the SBV armoured vehicle.”

He condemned the “callous attack” that was made on their employees.

“SBV will put in all the necessary resources required and work very closely with the authorities to apprehend these criminals involved in attacks against SBV. We confirm that we will never close a case until it is solved. We will make sure that these criminals involved in this senseless and violent attack are apprehended and that justice is served.”

“Three members of the team have been injured and are being treated in hospital. Our thoughts are with our team members and their families for the trauma sustained because of this attack. ”

He indicated that SBV could not comment further as an investigation was underway.

“We are cooperating with the SAPS as they investigate.

“We know that community members are critical to the fight against crime. SBV encourages members of the community with any information regarding this attack to contact SBV’s Hotline 083 408 7029 to provide information to SBV’s investigations team. This line is active 24/7 and all callers can be assured that confidentiality is maintained.”

Barrett extended his gratitude to paramedics at the scene and the medical professionals at the hospital for providing expert care to the injured employees.

The company indicated that it would provide trauma counselling and assist the bereaved family.

“We cannot divulge the identity of the deceased due to security reasons,” a communications spokesperson indicated. 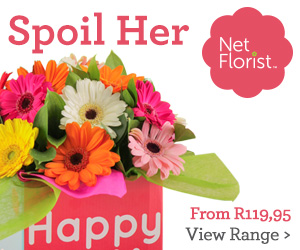